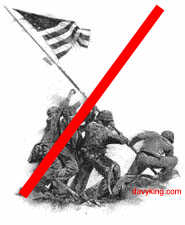 (the story isn't over yet!)

Kofi Annan has confirmed what most people already knew...

“Terrorism is the war of the poor, and war is the terrorism of the rich” 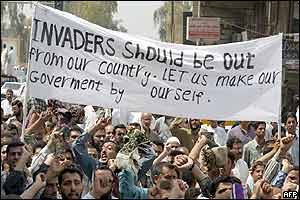 Iraq: one regime falls, another takes over. So that's alright then!?

Thanks George/ Tony! (Shame you're both bloody War Criminals...)

"There are now 2 superpowers. One is the regime in Washington, the other is public opinion. It will be an epic struggle. The alternative is not just the conquest of faraway countries, it's the conquest of us, our minds, our humanity, and our self repect. If we remain silent, victory over us is assured." John Pilger, Breaking the Silence 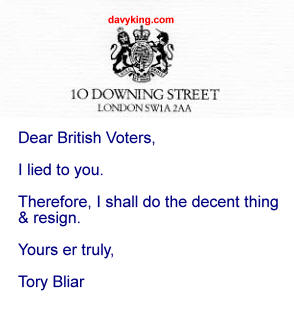 Use your vote against pro-war politicians

America & Britain are meant to be Democracies! (Joke!)

TOGETHER WE'RE STRONGER THAN THE STATE!

"Individuals have international duties which transcend the national obligations of obedience.

Therefore [individuals] have the duty to violate domestic laws to prevent crimes against peace and humanity from occurring." (Nuremberg Tribunal)

Elsewhere in the Middle East, a Palestinian boy confronts