At present, Davy King remains below the radar of the literary establishment & mainstream culture in general. Those unfamiliar with his work might be interested in a little more background information.

Davy King is a British writer, born December 1951, Isle of Thanet. Lived in many places over the years. Now resides in Sheffield.

Davy King studied English with personal tutors Frank Kermode (at University College London), & Norman MacCaig (at the University of Stirling). Both made kind comments about his written work:

MacCaig, with whom he also did many 'readings', described Davy King & his work as follows: "An individual voice… an admirable directness… behind the wit that's a necessary element in effective irony there is here a mind at work - all right at play - whose seriousness is not to be doubted… a mind committed to matters of some importance.”

Some other well-known people, with whom he has interacted, have praised his work:

'Beautifully produced' (Clive James, describing a poem-card of his)

'I like it' (Professor Laurie Taylor, Sociologist, Broadcaster, referring to one of his poems read on Radio 4)

Often, though by no means exclusively, a satirical & comic writer, Davy King aspires to "high seriousness with a sense of humour" (in his own phrase, adapted from Matthew Arnold.)

His work has been broadcast (if only a few times) on BBC TV & radio & can be found in the National Sound Archive & Scottish Screen Archive.

Currently (September 2020), his website (https://www.davyking.com) has had over 17ľ million hits since 2002. This massive site of around 500 interlinked web-pages, forming a vast hypertext, is “work in progress,” which contains half a century of creative writing in both verse & prose, presented in a visually impactful, entertaining way. He considers it his literary legacy, if it can be preserved. 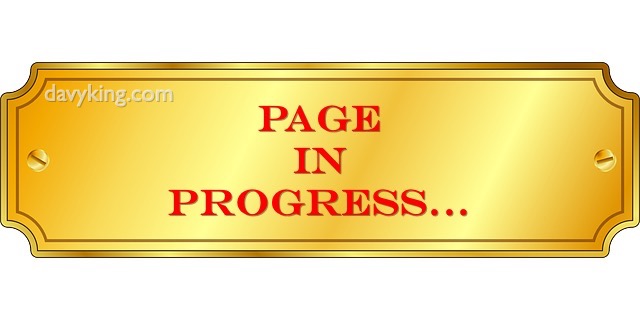 PS from Raving Reporter, writing in the first person -

Another way of putting it: from adolescence, I could be said to have suffered from (as well as enjoyed to some extent) a form of  mild-to-wild Compulsive Writing Syndrome/ Graphomania (cogently documented here). Only slight exaggeration. I mostly have it well under control now. It could also be described as being 'seized by inspiration.'