Slow service made eating a meal here such a distant prospect, better to have been an Astronomer than a Gastronomer. The uncharitable might suppose this is where Beckett found inspiration to write Waiting for Godot. Was that a skeleton covered in cobwebs I saw at the corner table, or did hunger cause me to hallucinate...?

As Time itself seemed to give up the ghost out of sheer tedium, the would-be saporific became merely soporific. The simultaneously tasty & hasty was obviously too much to ask for at this establishment. What you get is siesta without the fiesta. Fast food, not. Lunch late. Dinner delayed. Supper permanently postponed. A snail's pace might be expected at some fashionably fancy French Restaurant, but TORTILLA & Tortoise should have nothing in common except their first syllable. Yet, there is undoubtedly something about a Sombrero that suggests somnolence.

My waiter, wearing a large one on his head, gave the distinct impression it was an integral part of his job description to make the CUSTOMER wait. Pedro appeared too knackered to fetch the NACHOS, natch. Nor was he in any great hurry to bring on the BURRITOS. SALSA, the sole edible that actually materialised out of the virtuality of an extensive menu, during my 3 hour detainment, was served in quasi-sub-aquatic slo-mo, hypnotic to behold. By that time I had lost my appetite.

If it weren't for the generosity & relative alacrity with which my outsize tumbler of TEQUILA was repeatedly replenished, this review would never have reached its present length. I would have dismissed 'Speedy Gonzales' (& seldom has a name carried with it such a weight of irony) as not worth a mention. As it is, I'll give the place a munificent 2 Stars, or make that 4 - I'm seeing double!

[What we have here is an example of humour, perhaps in poor taste. However, no insult to Mexicans is intended. I hold them in the highest regard & would love to visit their country & enjoy delicious Mexican cuisine.PS Here's a famous Mexican I admire...]

GORGONZOLA'S more redolent of Gas Board than Smorgasbord. I mean GORGON (know your Greek Myths), ZOLA (grim naturalism, not for bedtime reading)?! Enough to give anyone nightmares I would have thought.

Most cheese is something you eat crackers with. With this one you actually have to be crackers! 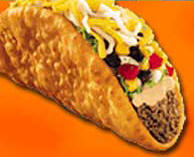 Back to the kitchen?

To whet your appetite, here's a little taster

of next month's Restaurant Review:

Well, 'Dish of the Day' turned out to be like every other dish served there, morning, noon & night: heads on platters!

American Hostage Heads are a popular choice, despite being genetically-modified. Try one with French (or Freedom) Fries.

Meals are reasonably priced, starting from only $100 a head.

Where are the feet?

Now, I don't mind admitting I used to suck my thumb as a kid & I sometimes suck my girlfriend's ....toes, when she's in the mood.

I know some people chew their fingernails...

But eating even a single digit would be quite beyond me.

Is there a Vegetarian option?

I asked the Head Waiter if there was a Vegetarian option. He scratched his head (the one he was carrying on a plate) & looked at me as if  I'd just uttered an obscenity. 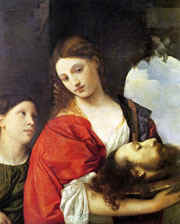 When he wanted to introduce me to the Chief Chef, I knew it was time to split the joint.

Annabel's Cannibal Café - of course, as I might have guessed, the 'cannibal' part of the name was a dead giveaway, if not a takeway...

Mind you, the waitresses were very tasty, toes & all!

And, the Pot of Basil on each table was a nice little decorative detail, one worthy of Boccaccio or Keats.

A Night Out with Dracula